Hello, and welcome to the final mini-lesson on The 40 Rules of English, where we break down every beginner rule you need to know in English and ESL. This is it! Our last lesson: compounds and hyphens. They shouldn’t cause too much worry for us. This stuff is a piece of cake (especially for English pros such as yourselves). We’re going to be real go-getters here and dive into the world of dashes and combined words! No intro needed.

OK, this rule is a bit confusing because it’s telling you two different things. The trouble is, there isn’t a solid method that will tell you if a compound word needs a hyphen or not. Often, however, we use a hyphen for compound words when the word would be confusing without one. Consider the sentence: “This is a fast acting drug.” Without the hyphen, what does the phrase “fast acting” really mean? It sounds like this drug is an actor (whatever that means), which is also quick. Taken together, the noun is “acting drug” while the adjective is “fast”. So does the drug perform Hamlet in record time? No. This isn’t what the author meant when writing this. They meant to say that this drug is “fast-acting”, as in it works quickly to relieve symptoms. “Fast-acting” is the adjective, and “drug” is the noun. So, a hyphen is needed to get rid of the confusion!

Adjective-noun compound words need hyphens for the same reason as above. Check out this phrase: “the blue-eyed man”. Why do we need a hyphen for the adjective (blue) - noun (eye) compound? Well, to find out, let’s take out the hyphen: “the blue eyed man”. Hmm...this sentence makes it seem like the whole man is blue, and he has eyes as well, because the first two words read more like adjectives than anything else. A hyphen fixes this problem!

For most other compounds (remember, there are quite a few exceptions), the words are joined together with no hyphen. Raincoat, bluejay, sunset, butterfly. Note that the two words you combine may not give you clues as to what the compound word means. A butterfly, for example, is not just a fly with butter on it. And a firearm does not mean your arms are on fire.

Rarely, hyphens join nouns together. Unfortunately, the rules aren’t clearly defined as they are above. Even more confusingly, different forms of noun compounds (hyphenated or not) are acceptable. When in doubt, work to eliminate ambiguity. And when all else fails, use a dictionary. Consider this compound noun: ice-axe. Ice-axes are used to grip ice while climbing. An ice-axe is also made of metal. So while the phrase “ice axe” is correct, why would we use a hyphen? Well, our ice-axe isn’t made of ice. Leaving the compound ice-axe as ice axe could confuse someone into thinking the axe is made completely of ice. These examples are few and far between, of course. The likelihood of running into these problems are slim. Nonetheless, being prepared and experiencing the more difficult parts of English makes you a better student!

Ah, you thought we were done with numbers? Numbers are always important in writing! Fortunately, this is an easy rule, and the exceptions are easy too. The reason we start at twenty-one in this rule is because twenty is a standalone word. No hyphen needed, because we don’t say twenty-zero. So, when you get to thirty, don’t add a hyphen. Twenty-nine deserves one, as does thirty-one. The same goes for forty, fifty, and so on.

You won’t have to use this rule without talking about math or cooking, but hey, maybe you’re a world-class mathematician or chef. In that case, this rule is incredibly important. For the sake of, you guessed it, clarity, we use hyphens for fractions. Two-thirds, one-half, etc. This rule is very straightforward, and lacks much exception (hooray)! The only time you won’t use a hyphen is when the numbers are large enough that they already have hyphens in themselves. How would we write 491/493, then? Four hundred ninety-one four hundred ninety-thirds. We agree, that looks ridiculous. In these cases, while the word-form is correct, you may just want to stick to the numeric form. Let’s be honest, no one wants to write out 1,594/1,599.

Hyphens are complex little creatures. And compound words are as varied and nuanced as any aspect of English. They go together (and sometimes they don’t go together) like baseball and apple pie. Or should we say base-ball and apple-pie? No, we shouldn’t; you’ve learned why already!

Want to sharpen those skills and prove to yourself you have what it takes to master the first steps of English spelling? We’re proud of you (and we’re here to help)! Use this lesson as a guide, and keep practicing every day. Practice builds the confidence you need to tackle even the most difficult of concepts. Check out our paths, decks, and other lessons today! It’s been a wonderful journey, but your English learning doesn’t end here. FactSumo has the tools you need to succeed, so come explore our app when you get the chance! 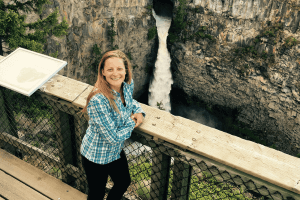 Ryan Cope: Bridging the Conversation Between People, Plastic, and the Pacific 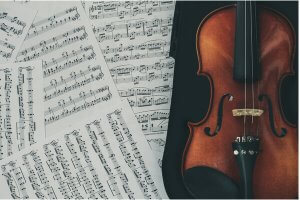 How to Read Music Notes for Beginners 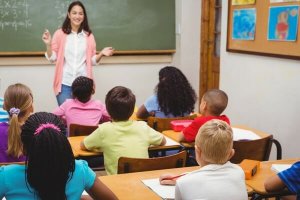