From small-town PA to international businesswoman.

Dawn Mahan is best described as a Jack (or rather, Jane) of all trades. As an unapologetic trendsetter from central Pennsylvania, when she had the opportunity to move to the Philadelphia area for work, she was thrilled.   After studying in Cambridge, England, her mind opened and she sought a rich life experience from, well, anywhere. Actuarial science, mathematics, business, IT, software development, database administration, biostatistics. Dawn was seeking her calling, and when a new path enticed her, she was ready to follow it.

Initially, transferring to Wilmington and then working in  Philadelphia wasn’t just a change of pace; it felt like a dream. “To walk by Independence Hall and see the Liberty Bell...the magic of Philadelphia was never lost on me. It was a beautiful gift to be there every day.”

Dawn boasts an impressive resume, working at the Center of Biostatistics & Epidemiology at Penn State’s College of Medicine, leading transformations at big-name companies such as Rohm and Haas and Dow Chemical, consulting with household names like Campbell’s, and training folks around the world. These twists and turns led Dawn to her current (and second self-made) company, PMOtraining.

Not All Paths Are Linear

Dawn is now in the field of digital training and coaching, using FactSumo alongside her own program to streamline success of projects and the individuals involved. Dawn’s Driving Coach Program is innovative, because it looks to bridge a gap and find a solution to a recurring issue:  “Every project is different, but we noticed a common trend. A lot of people are concerned for their jobs and fear retribution for honest questions. We think, when you’re learning, no question is bad.”

Dawn is also Chair of the American Lung Association’s Philadelphia Leadership Board, after a year of training with Leadership Philadelphia, which mobilizes the private sector to serve local communities. “Many of my loved ones have struggled with smoking and I lost my amazing, entrepreneurial grandfather to a lung tumor, so my heart led my decision to join. I’ve been serving as a board member for over four years now and work alongside amazing people, which makes the experience both fun and rewarding.”

Though running her own business comes with some constraints, Dawn says a little extra time in her schedule is what she’s looking forward to celebrating in the future. “I just want a little more time to enjoy life. To spend time with the people I care about, to be outside and to travel for fun.” When Dawn’s not working or volunteering, she’s relaxing at her home in the Florida Keys, doing yoga, enjoying Kelly Drive, supporting BalletX, and SCUBA diving.

Dawn’s success hasn’t slowed her down. She’s worked hard on her new brand with: a new website, app, physical game, and an upcoming book about embodying the catalyst of change within a business. The working title? Accomplish More. Stress Less. The Practical Guide to Driving Successful Projects.

She’s even got a deck on FactSumo that’ll give you a taste of her firm’s fun, interactive approach. You can learn the PMI gold standard 10 Knowledge Areas through color stories easily. Give it a try down below.

And All Of A Sudden... You've Made It

In 2010, before all of her current success, Dawn was boarding a flight for her first overseas work trip with her initial company and received a call from her mom, which affirmed the faith and authenticity of all Dawn has accomplished: “as a kid you always said you wanted to do international business. And now you’re doing it.”

Dawn’s advice for future generations stems from her experience as an opportunistic trailblazer. “Previous generations enjoyed the stability of working for a company they could count on for 30+ years. For better or worse, the world has shifted, so learning and experiencing all that you can has become even more important.  Study STEM, don’t get caught up in what other people are doing and follow your truth.” 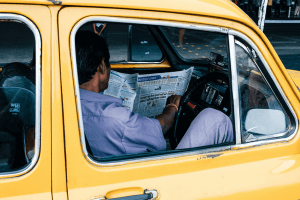 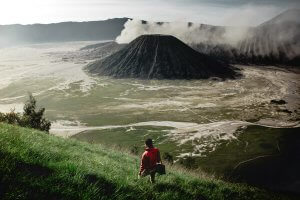 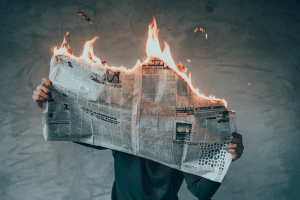