on creating the modern First Lady

Edith Roosevelt was thrust into the role of  First Lady in 1901 when her husband Theodore “Teddy” Roosevelt assumed the presidency after President McKinley’s assassination. The First Lady was, first and foremost, the hostess of the White House. With the country in mourning, Edith could not fulfill her duty of hosting her grieving compatriots. So, she turned to her attention to bringing about the first major renovation to the White House in nearly 100 years. The result was a White House befitting the nation’s aspiration to be the leader of the free world.

Edith is credited with establishing the modern role of First Lady, overseeing the building of the West Wing, and promoting the White House as a national treasure.

Early Life
Edith Roosevelt (née Edith Kermit Carow) was born in Norwich, Connecticut in 1861 into a world of privilege, and was raised in New York City.  Her childhood was not an idyllic one.

As the Carow family shipping fortune declined and her father struggled with alcoholism, the family found themselves in declining circumstances and living with relatives for a few years.

Edith grew up next door to her future husband, Theodore Roosevelt, and was schooled in the Roosevelt household.  She was best friends with Teddy’s younger sister Corrine.  While Edith and Teddy had a teenage romance, the relationship faded when he went away to Harvard College.

It was at Harvard that Teddy fell in love with Alice Hathaway Lee, and they married in 1880. When she died in 1884, Edith and Teddy rekindled their relationship and married in 1886.

First Lady
In October of 1898, Teddy Roosevelt became Governor of New York.  By this time, Edith had become comfortable being a politician's wife and came to enjoy her role as First Lady of New York.

The role of First Lady grew considerably in the early 20th century, as the United States began to play a greater role in world affairs, and technology brought an explosion in newspapers and magazines. This prompted Edith to hire a social secretary to help with the official mail and to communicate with the press; she was the first First Lady to do so.  The social secretary has since become a valued part of the White House staff.

The country was in mourning over the death of President McKinley, but Edith could not hold formal affairs and entertain guests at the White House. So, she embarked on the first major renovation to the White House in nearly 100 years.

Renovating the White House
Working with the prestigious architecture firm, McKim, Mead & White, Edith set out to create a White House befitting the nation’s aspiration. Congress approved over $500,000 for the renovations. With those funds, Edith set out to create a new look for a new age. She enlarged the state dining room so that it could seat over 100 guests, created a grand reception area, built an East Entrance for the growing number of official visitors, and reconstructed the landscape. Additionally, Edith separated the living space from the work space, which led to the creation of the West Wing.

Edith took a historical angle in the renovation, ensuring rooms were decorated with period pieces and saving the furniture that is currently seen in the Lincoln Bedroom. She also began the First Ladies’ Portrait Collection and the White House China Collection.

In 1902, Theodore officially renamed the mansion the White House. Previously, it had been known as the Executive Mansion. On New Year’s Day 1903, the newly designed White House was revealed to the public.

Life after the White House
The Roosevelts' post-White House life was full of travel: Africa, Asia, Europe, and South America. After Teddy’s death in 1919, Edith wrote autobiographies about her travel and her family, but destroyed letters between herself and Teddy to maintain aspects of their marriage permanently private.

After women gained the right to vote, Edith endorsed Herbert Hoover, who was her sixth cousin, in his presidential campaign. Hoover's campaign took place during the Great Depression, against Franklin D. Roosevelt, who was married to Theodore’s niece, Eleanor Roosevelt. She was also associated with the Women’s National Republican Club, as well as the Needlework Guild. 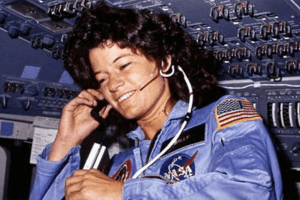 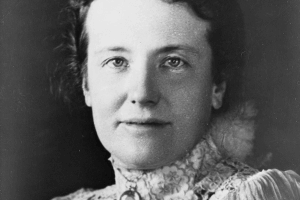