No one cracks open a Shakespeare play for the first time and exclaims, “Wow, this is easy to understand,” and for good reason. Shakespeare wrote for an audience some 400 years ago, so it’s understandable that a lot of meaning is lost on a reader who doesn’t know what context clues to take advantage of. Here are a few things you should keep in mind when reading Shakespeare, so you will have no problem deciphering his plays.

Shakespeare wrote quite a few historically-based plays. On top of that, he also wrote plays loosely based on the political and social happenings of the day, both in England and abroad. Reading Richard III, Macbeth, or Julius Caesar make a lot more sense when you take a minute to understand and explore their historical associations. Spoiler alert: Caesar is betrayed. Actually, there’s a lot of betrayal across the board in Shakespeare’s histories. Having a backdrop to rely on can help situate yourself in a time and place, so even if you’re missing some minute details of language, you can get the gist of what’s happening (and what will happen) plot-wise. What will really help is well-annotated notes in your version of the play. It’ll probably save you (not Caesar) a lot of googling.

Language aside, Shakespeare had a strange way of arranging his words. He often fit syllables to rhyme or obey a pattern of meter, especially for soliloquies or other important speeches. Why’s this important? Well, it’s a lot easier to understand jumbled-up sentences when you know what to look for. Keep track of subjects and verbs within a sentence. Let’s be honest: most often it won’t be in the order you’re accustomed to. Invert the word order, you must. Like Yoda, you must think. Or in this case, Shakespeare. But seriously, he does this a lot. And it’ll throw you off in speeches, especially if you aren’t 100% sure of the meaning of every word. This brings us to the final point.

Here’s where most people slip up. What does this word mean? Even when it’s spelled similarly, it could hold a completely different meaning than today’s standards. Why? Early modern English was a hodgepodge of non-standard language at a point where culture and influence overlapped, intersected, and mixed together. The result was a unique mess. Hence the weird words, many of which have found their way into today’s lexicon, thanks to Shakespeare. He reuses some classic words of his time (like bodkin), and invents his own when convenient. If you aren’t sure, annotated pages and google are your friends.

In fact, don’t be afraid to look something up if you aren't sure. You aren’t the first to do so, and you won’t be the last. Now get out there and read about Caesar’s inevitable betrayal at the hand of his best friend. Tragic, isn’t it? 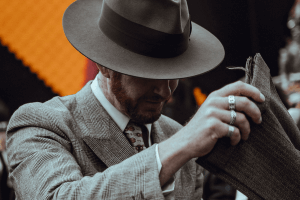 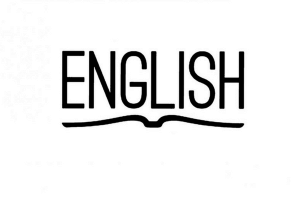 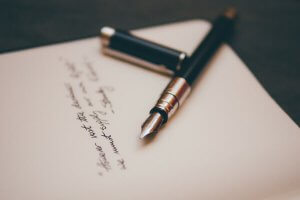