The original Jurassic Park came out in 1993. Spielberg's hit film at the time was praised for authenticity: he brought on scientists to make sure what he was putting in his film was up to date. And for the time, it was. A lot of the info on dinosaurs was perfectly accurate. And then there was the stuff that was totally wrong. Let’s explore that stuff!

Don’t Move! They Can’t See You

Is a t-rex’s vision based on movement? The main characters stand perfectly still and voila! Practically invisible. Except, that probably wouldn’t work. T-rex’s vision was pretty standard, and on top of that, they had an acute sense of smell. It wouldn’t work out very well if one of the best predators of the time couldn’t track its prey through dense jungle. It’d be even more embarrassing if food could just stand still and live.

We didn’t have a lot of evidence of this in 1993 (thank Jurassic Park for the surge in paleontologists), but because a lot of dinosaurs are genetic cousins of birds, they share some similar features such as talons and feathers. That’s right! Dinosaurs were big feathered murder machines. It’s even postulated t-rex sported a few fine feathers. Scaly lizards of the jungle? Not so much. There are other physical comparisons that the movies got wrong, but we’ll get to that in a second.

First, let’s talk about dinosaur DNA. It’s exceedingly rare  because of how fossils are preserved. They get petrified in deeply embedded rock below the earth’s surface. You can imagine how difficult it would be to extract dino blood from dust. What loophole did the writers go for? Dinosaur blood comes from ancient mosquitos insides after being trapped in amber, of course. While it’s true specimens are well-preserved, it’s unlikely that fragile stuff like DNA in blood will survive the test of time.

OK, let’s talk about cloning now. In the movie, scientists mixed frog DNA with the missing dinosaur DNA strands and viola: king lizards are reborn. The problem? Frogs are terrible candidates for this procedure that would probably fail regardless. In fact, birds are more closely related to dinosaurs than frogs, evolutionarily speaking. Even if the experiment did work, you’d be left with some awful, hideous creation that wouldn’t really resemble anything we know as dinosaurs. We give you: Jurassic Frog.

Sizing Up the Competition

Remember the scary velociraptors chasing the small children? Terrifying stuff, huh? Except these dinosaurs were small. Really small. Like, the size of turkeys. And remember, they probably had feathers, too. So basically angry carnivorous turkeys. That’s scary, we’ll admit, but not nearly as scary as the giant polar bear-sized ones we see in the movie. Those more closely resemble Utahraptor, the largest of the raptors named a bit after the movie came out (though discovered years prior). Not as scary a name, though, is it? 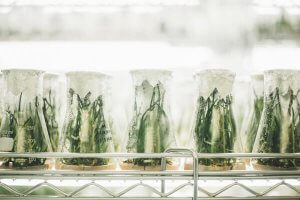 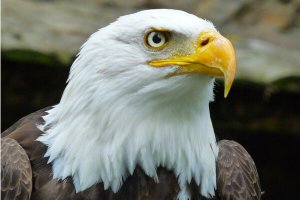 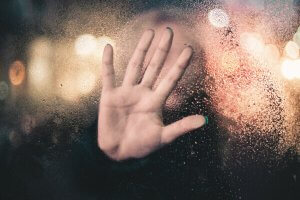