For African-Americans, There Were Two Wars:

The War Overseas and the War at Home

Fight For Their Right to Serve

The Tuskegee Airmen were among the first black men to serve in the air-force as pilots in World War II. Although they were constantly experiencing racism and prejudice, with people thinking blacks lacked courage, intelligence, and skill, they continued to fight for their rights to serve our country.

These men came from all over the country, ranging from New York, to Los Angeles, to Philadelphia, and Detroit. Those who were accepted were generally college students or graduates, and had to pass certain mental and physical qualifications to be accepted and trained.

But Despite Their Hard Work...

However, even after they had become highly trained military personnel, they continued to be treated like “trainees”, and not at all taken seriously. In fact, it was as though they were fighting two wars -- one in Europe and one back home. The one back home constituted of racism and disregard to their credentials.

With 966 pilots and 15,000 ground personnel who worked together as one all-black unit, they served in North Africa, Italy, and Sicily, starting with with the 99th Fighter Squadron and later with the 332nd Fighter Group.

These airmen earned an incredible amount of awards for all their hard work and courage, which included over 150 Distinguished Flying Crosses, 8 Purple Hearts, 744 Air Medals, and 14 Bronze Stars. These successes were highly publicized and ultimately helped integrate the U.S. military under President Harry Truman in 1948. This was only the beginning of the end of racism in the military, thanks to the courage and persistence of these African American soldiers.

To learn more about the Tuskegee Red-Tail Airmen, come play this learning game with us! 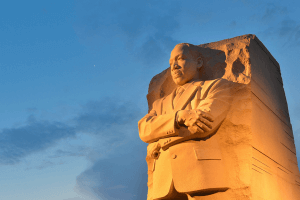 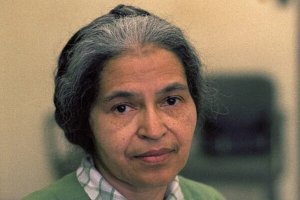